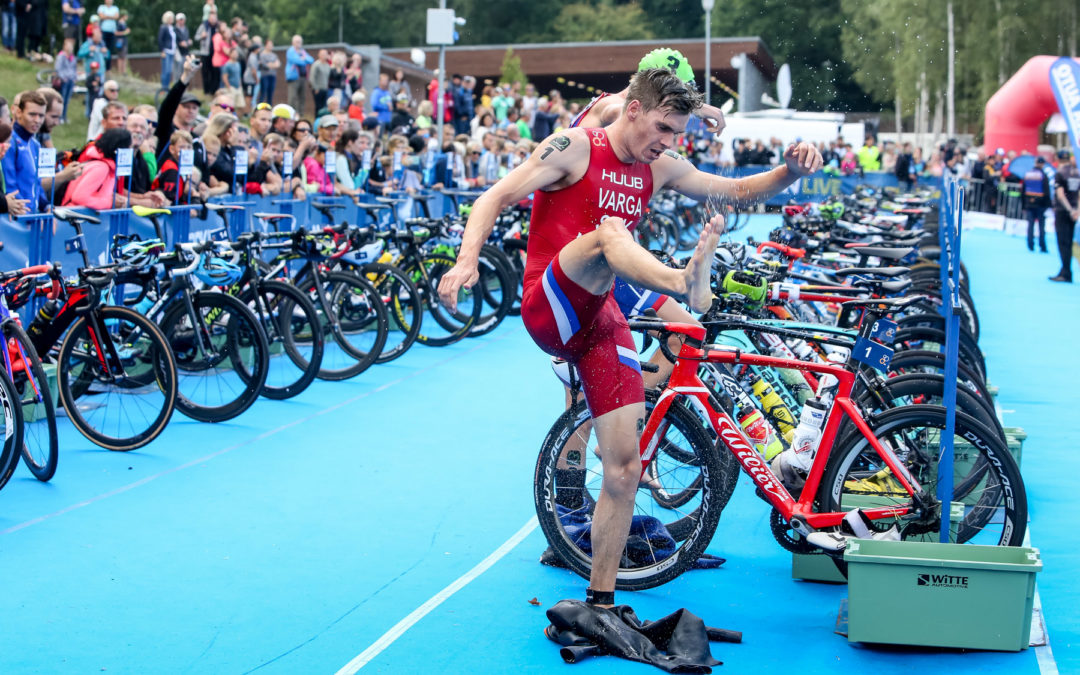 The whole triathlon world has been heading for the Czech Republic. At the weekend, August 23-25, the CITY TRIATHLON Karlovy Vary and the ITU World Cup will be held. Vendula Frintová, defending last year´s victory, will be one of the greatest favourites for this race. On Friday, the Czech Youth Cup will launch the event. On Saturday, the open race PSG Age Groups as part of the Czech Cup will take place.

The most prestigious triathlon race in the Czech Republic will be held in the beautiful spa town scenery this year as well. Karlovy Vary has been a candidate nominated on the World Heritage list UNESCO. For the World Cup participants will have to battle the Olympic triathlon distances: 1.5 km swim, 40 km bike, 10 km run. The course will wind through the spa zone, colonnades, past the hot Geyser Spring and to the Theatre Square, the heart of the town and triathlon hub. ” The ITU management has highlighted our race course as one of the most beautiful in the world,” proudly states Vladimir Maly, LOC director.

Beautiful but challenging. This is what athletes themselves say about the course. Especially the cycling with steep climbs rank among the most demanding ones in the global triathlon calendar.

The start list will not play into the hands of Frintova

The fully packed start list is a promise of exceptionally attractive races whose outcome can be clear only at the finish line. Last year Czech triathlon fans rejoiced over Vendula Frintova´s victory. “I have to agree with other athletes: It is more difficult to defend a title than to win it for the first time,” she says.

Together with Frintova there will be three more Czech female triathletes on the start list. Petra Kurikova aims to follow her successful silver medal from the European Sprint Championships. Both Iveta Fairaislová and Tereza Zimovjanová will be fighting for their best.

Among triathlon stars from abroad there is Beth Potter, the reigning European champion, who did athletics some years ago. She represented Great Britain on the 10,000 meter distance at the Rio de Janeiro Olympics. Spanish Sara Peréz Salaa was her country´s olympic team member in swimming. “Well, this year´s start list does not really play in my hands since a very strong group of swimmers have crystalized out of the field,” describes Vendula Frintova the start list. She also adds other triathletes: “Gillian Backhouse won in Karlovy Vary in 2017, when I ranked second. There is a strong trio of Americans: Tomlin, Burns and Gormam – all of them medallists at the world cups.“

Among the stars we should not forget Yulia Yelistratova of the Ukraine, who succeeded in winning the 2018 Salinas World Cup.

A Czech male trio at the start

There will be a Czech trio, namely Jan Čelůstka, Jan Volár and František Linduška at the start in Karlovy Vary. The latter intends to continue his successful performance here like the fifth place in 2018, his ever best result.

Karlovy Vary will be a destination for Dmitryi Polyankyi, defending his last year´s victory. The silver medalist Irish Russell White will be present, too. Slovakian Richard Varga, one of the best European triathletes and one of the best swimmers in the triathlon field will be coming as well. Last year he became the sprint triathlon champion and in 2017 he was the aquathlon European champion.
Vendula Frintová guesses that “the French and British would like to fight for the podium ranking, too.” French Simon Vian has very high expectations since he regularly attacks top 10 at the world championships and he will be starting with the bib no. 1.”

“When looking at the start list, it is obvious that it will be a great race. We are glad we can welcome triathletes who have been to Karlovy Vary before and who delivered great performances but there are also new names from the world top ranking. We will watching with curiousity how they can handle the course and their quality opponents,” says  Vladimír Malý.

This year his team prepared some novelties for fans, such as excellent facilities: shuttle buses from Rolava to the venue on the Theatre Square connected to the Imperial funicular. New is also the LED screen opposite a 60-meter grand stand built directly on the Theatre square alongside the finish line.