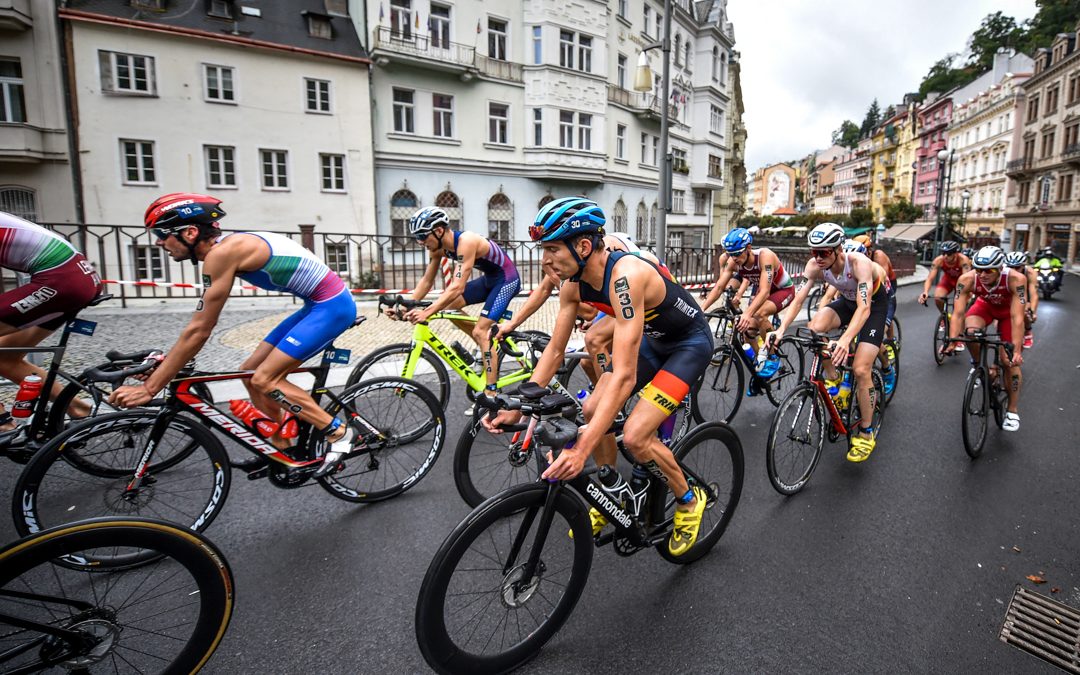 Karlovy Vary will be dominated by the Olympic atmosphere. For the sixth time, the beautiful spa centre will host the Olympic Triathlon World Cup race, which will be attended by stars from the Tokyo and Rio Olympic games. A new addition to the programme will be the highly attractive mixed relay race, which is held over extremely short distances and is also part of the Olympic programme. However, the CITY TRIATHLON Karlovy Vary will also offer races for the public, children and an attractive cultural programme on the weekend of September 9-11.

Two years ago, Olympic champions Blummenfelt of Norway and Duffy of Bermuda competed in Karlovy Vary. Last year, German triathlete Priester and Swis triathlete Derron, two of the world’s greatest triathlon talents, were the first to cross the finish line on the beautiful Theatre Square. Who will enjoy victory in the World Cup this year?

“The start list will not be unveiled until a month before the race, but we already have information that the star Dutch pair Richard Murray and Rachel Klamer should be back,” says race director Vladimír Malý. Murray is the fourth man from the Rio Olympics and the winner of the final race of the 2015 World Championships. Klamer has long been one of the world’s top triathletes.

The complete Czech top team, including Olympians Petra Kuříková and Vendula Frintová, will also be at the start. “World Cup in Karlovy Vary? There is nothing more. It is the most demanding course in the world triathlon. The competitors leave completely finished, yet every year so many stars come. It’s super competitive,” said another representative Tereza Zimovjanova about the race, which takes place over the distances of 1500 m swimming, 40 km cycling and 10 km running.

The World Cup is the culmination of the entire competition, which will open on Friday with the Czech Pupils’ Cup and also a new addition to the Karlovy Vary programme: a mixed relay race over very short distances. The organizers have big plans for it. “This year it is a test event, so it will take place at Rolava. In the following years, however, we would be happy if it would be swum in the Teplá riverbed and the whole race would take place in the spa centre. We will also try to include it in the World Cup calendar,” says Vladimír Malý.

On Saturday, the Age Groups race will take place, which is open to all recreational athletes looking for an amazing race experience on the most beautiful triathlon course in the world. The 750m swim course will take place at Rolava Lake, the 20km bike course will take the competitors to the spa centre and the 5km run will then finish right on Theatre Square, where the centre of the whole race will be again.

For sport and cultural experiences

It is from Theatre Square that fans will have the best overview of all the event, as there will be a beautiful triathlon arena with a large grandstand, a big screen, a stage and partner stands.

This year, CITY TRIATHLON Karlovy Vary is also joining forces with the popular cultural event VARY°ZÁŘÍ, which will see the most beautiful buildings in Karlovy Vary illuminated with lasers and video mapping, and for which tens of thousands of visitors come to the city every year. There will also be a cultural programme on the Theatre Square, which will feature performances by popular music groups and DJs.